There are the guidelines published by NFHS for officials’ modifications for officiating volleyball this fall for Tennessee.  Additionally, TSSAA is including some other guidelines and procedures: 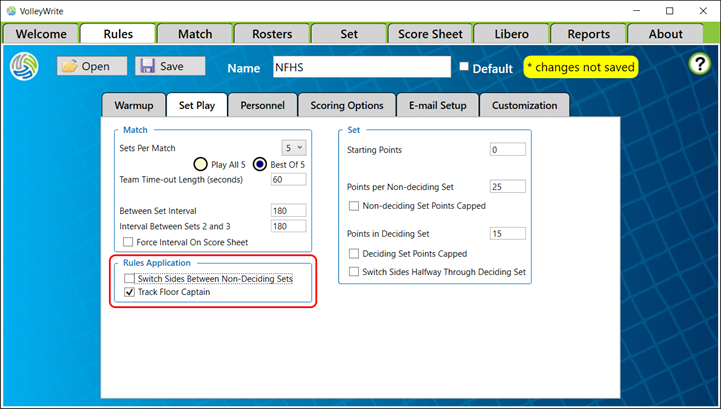 Due to COVID-19 pandemic the changing of courts between sets has been eliminated. To help the officials and scorers deal with this change, the thoughtful engineers at VolleyWrite have added a new checkbox in VolleyWrite Version 5.0.3 to allow control of the automatic switching of sides between sets.  The new checkbox is located on the Set Play page of the Rules tab labelled, “Switch Sides Between Non-Deciding Sets”. If that box is NOT checked, the teams will remain on the same side until the deciding set, then you have the option to change that based on the coin toss.

It is important to download the new version of the VolleyWrite software, version 5.0.3. The download is available here: https://volleywrite.com/resources/

If you have questions, please review the video at https://youtu.be/SCrYN-hIPnc. It provides a quick walkthrough, provides tips and all the information needed. 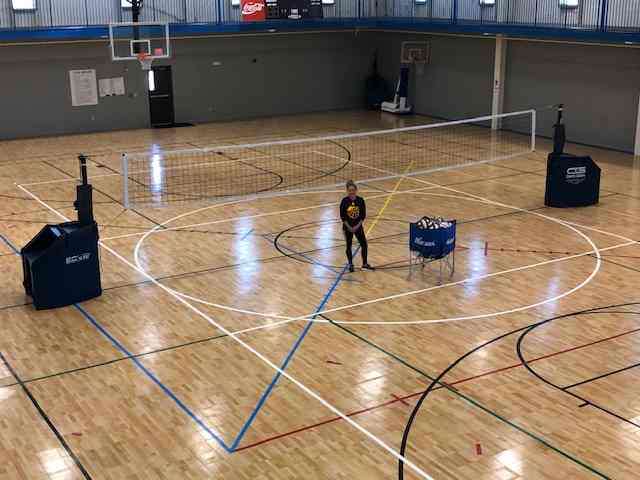 An F-3 tornado hit Grace Baptist Academy on Easter night of 2020 and destroyed the entire campus, including the Church, High School, Middle School, Elementary School, and the brand new Strength & Conditioning Building. Covid had already thrown a wrench in things, so when the Lady Golden Eagles Volleyball team found themselves without a facility for their upcoming season, there was a lot of anxiousness on their behalf.

Within 24 hours of the disaster, District Rival, Collegedale Academy’s Athletic Director reached out informing them that they had a place to practice and play for as long as they needed, even if that meant rearranging schedules so that Grace could use their gym as their “Home Court.” Their generosity and kindness speaks volumes about the morals and values they hold as a school. The AD said something along the lines of, “Hey, we are all brothers and sisters in Christ….volleyball is second to that.”

As Grace pursued using their facility, they also had been informed that Morris Hill Baptist Church had volunteered to house the entire K-12th grade school in their church building until Grace Baptist Academy was rebuilt. Along with that, came a gym. Anxiousness turned to excitement when they were told they could use the gym, all they had to do was drill Volleyball Pole holes. Sports Imports was huge throughout this process with their support and volunteered to come in and drill the holes for the team. Excitement turned back to anxiousness as soon as they got the blueprint of the building and realized there was only 8 inches of concrete before they’d be drilling through the ceiling below. When this was discovered, Sports Imports didn’t just back away and leave…they stuck with them until they had a plan in place, and assisted in connecting Grace with other contacts that could possibly help.

When Prater’s heard about what was going on, they instantly told the team they had nothing to worry about. They were very eager to take care of it and ensured the team that they would have a space to play their quickly approaching season. They graciously loaned them two portable net systems that were in their storage (due to Covid and club tournaments being shut down)…and when they saw the floor in the gymnasium, they quickly said, “Our portable net systems will tear up that floor…but no worries, we are going to put in an awesome, new floor for you, duplicate all the lines the church has on there currently, add volleyball lines…. and the church will love it!” Completely floored, the coach started getting permission from the church to start the process and 4 weeks later it was complete.

God answered so many prayers, even things that could easily be seen as “not a big deal”…but, He was there every step of the way and proved His graciousness time and time again. The Lady Golden Eagles Volleyball Team is looking to the future with hope and excitement for their upcoming season.

“For I know the plans I have for you, declares the Lord, plans for welfare and not for evil, to give you a future and a hope.”